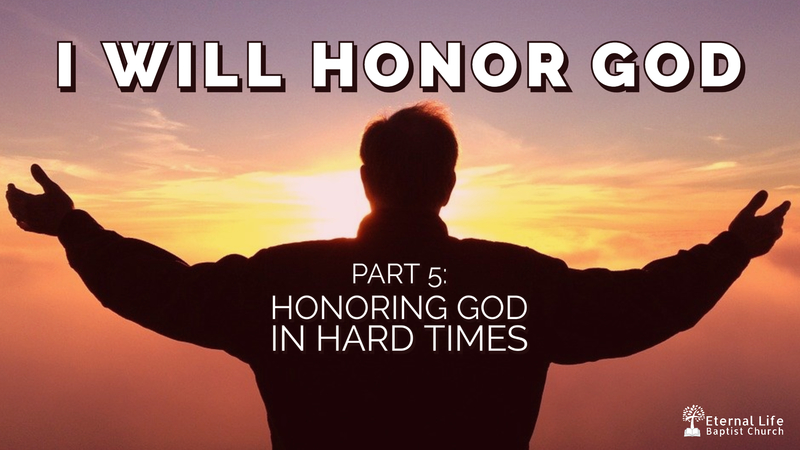 Paul was being severely attacked for his work for Christ. His enemies had not only attacked him physically, but they also attacked his credibility as an apostle. They attacked his ability to communicate with any amount of oratory excellence. They even attacked his personal appearance. So, how did Paul respond? He embraced what they said as legitimate. And further, he claimed that it was these very weaknesses that magnified the power of Christ! No longer was the vessel impressive, it was Who filled the vessel that became important. I Will Honor God

Honoring God in Hard Times
I Will Honor God
2 Corinthians 4:6-11

A Weightless Word
I Will Honor God
Genesis 2:16-17